Gut Feeling: How your pet's microbiota affects their health and behaviour

Have you heard about the recent discoveries of the gut microbiome and how it affects the health and behaviour of it’s host? If not, listen up. The implications of these findings not only effect us, they also effect our pets.

What is the gut microbiota?

Microbes are the smallest forms of life existing in every corner of the world, including inside the body of animals. Microbiotas exist throughout the body including on the skin and in the mouth but the gastrointestinal tract is the primary microbial habitat in humans and other animal species.


What does the research tell us?

In recent years, our understanding of the composition and functions of the gut microbiota, particularly in humans, has increased exponentially. Advances in technology, including next generation sequencing and metabolite profiling, have contributed to this new understanding.

This new frontier in scientific research is unveiling some extraordinary truths about the function and purpose of the gut microbiota in both humans and animals. Some of these discoveries include:


Researchers are now comparing the gut microbiota to a new organ; a collection of cells working together with the host, able to promote health but also initiate disease. The gut microbiota is essential to the proper function and development of the host.


What do these discoveries mean for our pets?

To date, most of the research investigating gut health has focused on people. But what about gut health in companion animals? Given we are made of the same cells, organs and structures, do these new discoveries relate to our pets as well?

The answer is YES! The canine and feline gut are similar to the human gut. Indeed, research shows that if you live with a companion animal, you share some of your microbiota with your furry family member!

Although in it's infancy, research investigating gut health in companion animals has unveiled some interesting results so far. These include: 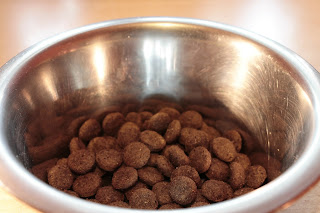 Factors affecting the human gut microbiota (e.g. age, genetics, region, diet, health status, living environment) probably also affect the gut microbiota of dogs and cats. To date, however, there are no published studies investigating the link between behaviour and the microbiome in companion animals.

Research has looked at the effect on other animals. For example, one study found that microbes influenced mate choice in fruit flies with individuals preferring to mate with others that were reared on the same diet. Furthermore, recent experiments with mice showed that the gut microbiome can influence stress, anxiety and depression related behaviour and may also influence how animals behave towards each other.

Understanding the taxonomy, dynamics, and functions of microbial communities, the relationships between them, the substances produces and consumed by microbes, the influence of environmental factors (such as diet, drugs, housing), the interaction with the host and the differences between healthy and diseased populations is the focus of current research.

How can you support your pet's gut health?

The use of probiotics for supporting gut health is also the subject of current research. Recent studies show supplementing the diet with probiotics and prebiotics could be beneficial. For example, Lactobacillus has been shown to reduce anxiety and lessen the effect of stress. Prebiotics support the growth of beneficial bacteria in the gut and can assist in recovery from illness such as acute diarrhea in dogs.

Supplements, such as Inside-Out from Australian company Evolution Animal Care, contain pre and probiotics and are available to help you support the gut health of your pets. Inside-Out is especially formulated for companion animals (and horses) and can be added to daily meals.

I've been using Inside-Out, for my two dogs Joseph and Lenny, for the past 6 months. Joseph has had chronic skin disease for several years now. He's been on numerous courses of antibiotics and steroids and is now doing much better on cytopoint injections. Supplementing his diet with Inside-Out has been an important component of restoring his gut health. If you'd like to learn more about Inside-Out or purchase it for your own pet, click here. Note: Inside-Out is currently available for shipping to Australian and New Zealand residents only.

As research continues in this fascinating field we will, no doubt, learn more about the incredible links between gut flora, health and behaviour, in ourselves and our companion animals. This new understanding will help us improve the way we care for our pets to support their microbiome and optimise their health.

Disclosure Statement: As an Inside-Out affiliate I earn commission from qualifying purchases.

Promote Your Page Too